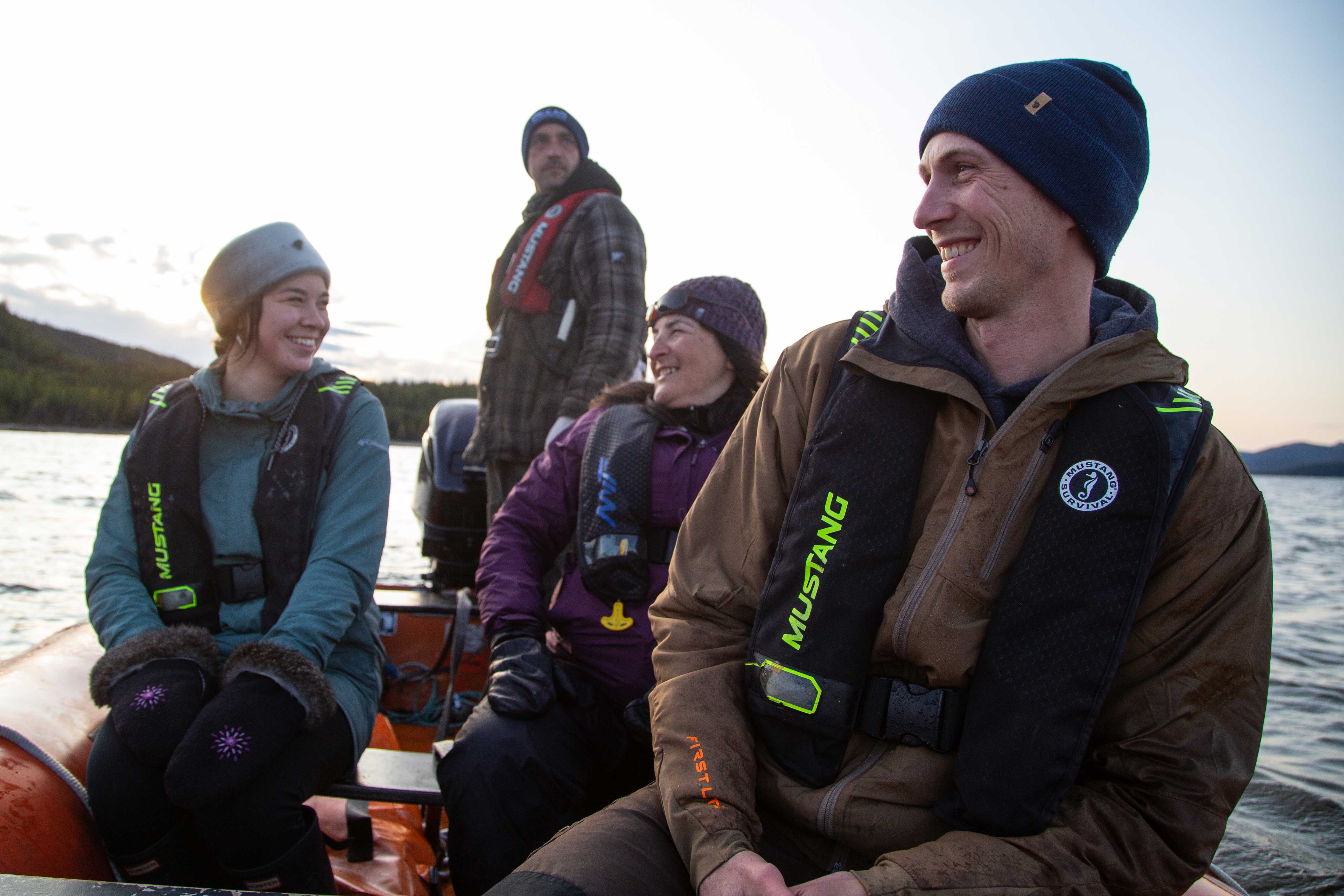 Ecosystem Management graduate Paul McCarney had an adventurous August on the Leeway Odyssey science vessel with Oceana Canada and the Nunatsiavut Government.

Paul, who is the Research Manager at the Nunatsiavut Government, went on a 10-day expedition to explore the coastal habitats of Nunatsiavut in Northern Labrador.

“This is an area that is important to Inuit communities in this area, and the marine environment is so important,” said Paul on the culturally and ecologically significant habitats. “We do a lot of science work, but there’s not a lot of science work at the bottom of the ocean—there’s not much exploration done there and that’s the base of the whole habitat. Through this expedition, we’ll get a better sense of this area, monitor changes, see the species, and get a better understanding of the ecosystem and what’s going on in these areas.”

The team collected data and used cameras to record the habitats in coastal bays and fjords, including kelp forests, rocky reefs and open water areas surrounded by seasonal sea ice. Watch this video filmed by Fleming Environmental Visual Communication graduate Caitlin McManus for a glimpse of what they discovered.

“Being able to see the foundational part of the habitats and the ocean and the world is extremely productive. We were able to see coral sponges, sea stars, kelp habitats… there’s so much diversity and we’re able to see it right from the bottom of the ocean,” said Paul on the expedition.

The Fleming College graduate says he uses his education every day in his role as Research Manager, describing it as key to his career. His understanding of identification and looking at images in quadrants, assessments, social and political impacts, and more, are just some of the skills Paul uses daily that he gained at Fleming.

“What I love about Fleming is that the programs are inter-disciplinary. There’s a focus on science, and then you apply it to the social and political issues,” said Paul. “At the Nunatsiavut Government, we’re not just focused on science, we also protect the Inuit communities, the people and the environment. So that understanding from Fleming is useful.”

Paul believes in the Ecosystem Management program so much that he came back to teach in the program for two years after graduating. “I loved it!” said Paul. “I recommend it to everyone I’ve spoken to. Everyone loves it there.”