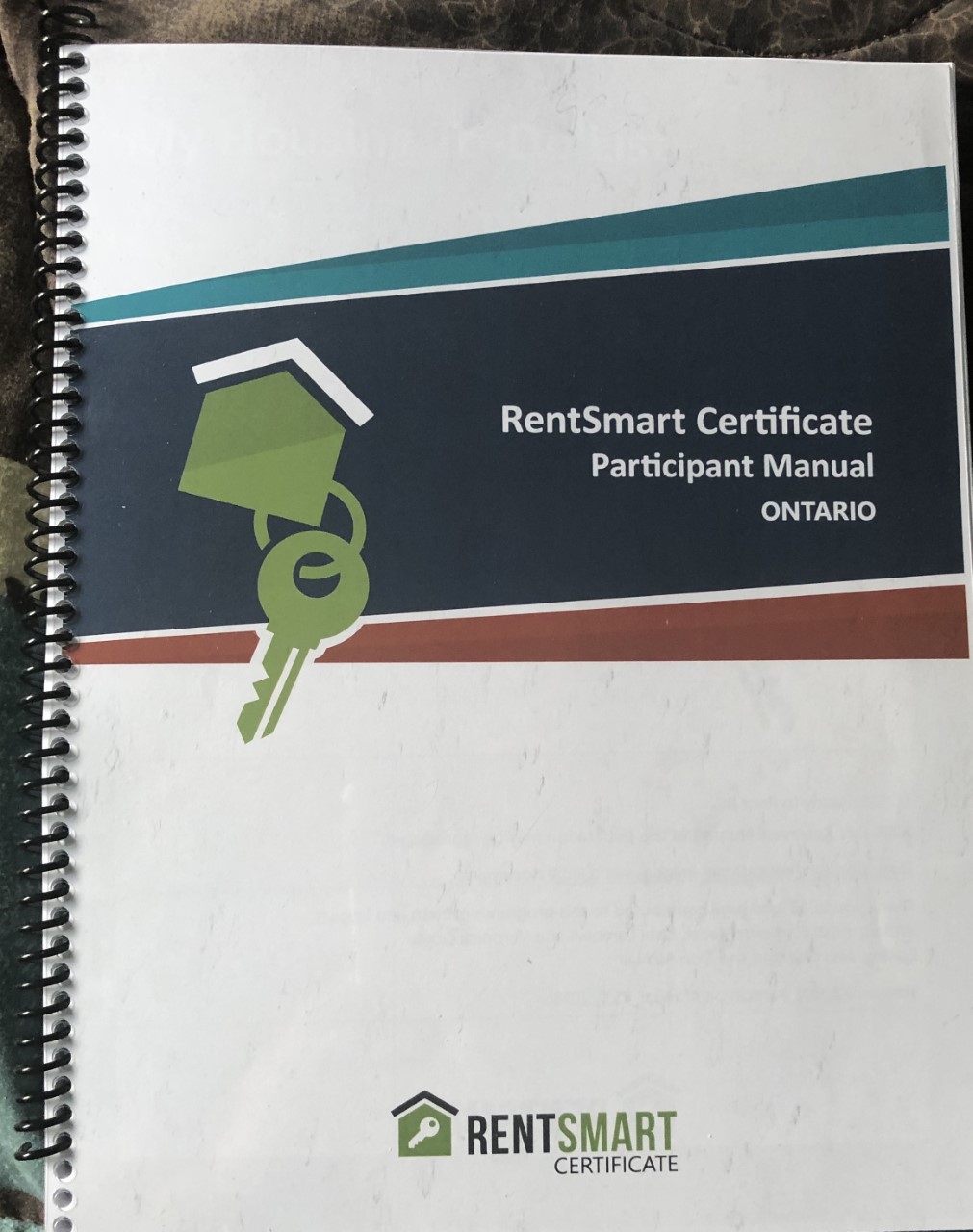 Congratulations to Fleming Community Integration Through Cooperative Education (CICE) students who completed their RentSmart certificate! This certificate can be used by CICE students for rental applications when they’re ready to rent independently.

RentSmart features six modules covering topics such as: applying for housing, rights, responsibilities and expectations, managing finances and communicating effectively. The program aims to teach students how to be great tenants and is facilitated by Fleming Off-Campus Housing Coordinator Karen Hennessey with CICE faculty, and guest speakers from the community and local agencies. Due to the COVID-19 pandemic, RentSmart was adapted to online learning modules to provide students with the opportunity to complete the certificate online.

CICE faculty member Julie Wilson helped provide student support with this change in program delivery and feels fortunate this certificate could be offered online. “RentSmart is a perfect addition to the CICE program (Essential Skills course) for our second-year students,” said Julie. “Students find the program informative, and is an opportunity to learn about their rights and responsibilities as tenants. The program builds confidence, knowledge and skills so people can make informed choices around rental housing.”

About the CICE program: The Community Integration through Cooperative Education (CICE) program is a two-year program designed to provide individuals with exceptionalities and other significant learning challenges opportunity to experience college life and enhance their academic and vocational skills with modified programming and support from Integration Facilitators. Learn more here. 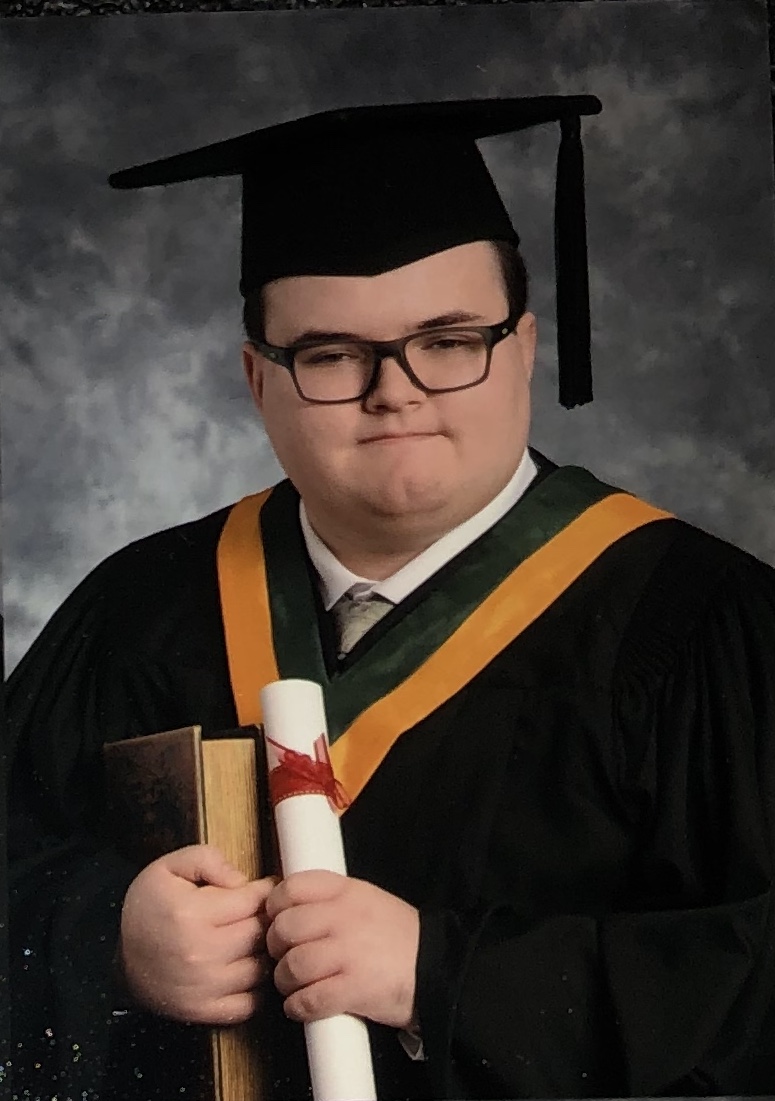 Elliot Smith never imagined he would complete his final semester of the Community Integration Through Cooperative Education (CICE) program at home. He also never imagined Breakfast Television Toronto would broadcast a virtual convocation ceremony for him and his mom.

On April 16, Breakfast Television Toronto featured Elliot on their “BT Bright Spot” segment, where Elliot and his mom Debbie discussed his Fleming College education. Elliot was also treated to a surprise virtual convocation ceremony on the morning show.

“It was amazing! It was a great speech,” said Elliot, who received 500 tweets, 300 emails, and texts and phone calls congratulating him.

Elliot’s mother Debbie is so proud of Elliot’s accomplishments, including his education. “Elliot proved a lot of people wrong,” said Debbie. “There was a teacher who said he wouldn’t graduate from high school.”

Elliot has Autism Spectrum Disorder (ASD) and Debbie credits the Autism Resource Team at Ajax High School for creating a success plan and providing supports. She is also grateful for the amazing gym teachers at Ajax High School for ensuring Elliot was included and able to take gym class every year, as she said many students on the spectrum are exempt from gym.

“The gym teachers encouraged me and they understand me,” said Elliot, who loves sports and plays on the Durham Region Challenger Baseball League, Archery 2 You, Pickering Football Club All Abilities, and has a black belt in material arts. Elliot also serves as the first Youth Amplifier for the Jays Care Foundation, where he attends weekly meetings to provide insight and suggestions for their Challenger Baseball programming.

It is this strong passion for athletics that led Elliot to the CICE program at Fleming College, hoping to gain independence, confidence, and pursue his dreams of journalism and radio broadcasting in sports and entertainment.

“I wanted to take the CICE program to learn how to live on my own independently and learn life skills,” said Elliot, who moved to Peterborough from Durham Region to live in Fleming Residence. He shared a Residence suite with another CICE student, as well as students from other programs.

“It was a great experience to live independent and do my own chores. I like to keep everything tidy and clean,” said Elliot, who helped his suite win the Cleanest Suite Award in second semester.

Debbie said this was Elliot’s first experience away from home. “He had never been on his own or away from us. I was going to move to Peterborough so that he could go to college, but [CICE program coordinator] Patty Thompson told me to try this and said she will help,” said Debbie.

“Elliot lived on his own for two years and that exceeds our expectations. This is huge for him and the skills he gained from that – making meals, getting to class by himself on time, keeping to a schedule – is huge. The CICE team helped with that, they made visual schedules, helped him learn to take the bus in Peterborough, taught practical life skills,” she said. “We found at Fleming that inclusivity is a huge priority.”

Elliot said he enjoyed living in Residence, kept active at the Peterborough Sport and Wellness Centre, and made new friends at Fleming. Some of his highlights include meeting boxer Cody Crowley in the Steele Centre, having lunch with race car driver Austin Riley on campus, and going to FanExpo 2019 with friends. He also enjoyed doing his CICE program placement at the Peterborough Petes, where he took scout identification, greeted guests and collected tickets.

Through the CICE program, Elliot learned about how to be a good leader and how to live independently.

“I feel incredibly confident after taking the CICE program,” said Elliot. “It’s made a huge difference and I would recommend it to others because it will teach you to be independent and teach you life skills.”

Now that Elliot has finished his Fleming studies, he plans to continue writing as Sports and Entertainment Correspondent for Outfox Magazine, is co-writing a book with Debbie called Living My Best Life with ASD; When the Ordinary Becomes Extraordinary, and will start an employment program in September at Kerry’s Place Autism Services.

Justin Patterson, a second-year Community Integration Through Cooperative Education (CICE) student, is gaining confidence behind his camera lens. Justin is busy building his photography portfolio, both off-campus and through his CICE program and elective Business courses.

Justin is currently combining his photography passion with his Introduction to Business class. For his social media project, Justin marketed his availability to take photos via email and Facebook, photographed participants, and shared the photos online with a description of each subject. Project participants include faculty members Kim Healy, Les Smith and Chef Mike Sterpin, among others. Justin also photographed Hospitality, Tourism, Human Resources, Business, and Marketing students in the Career Search (BUSN 27) class for their Linkedin headshots recently.

“Most people don’t have the opportunity to photograph teachers,” said Justin, who credits “good lighting, a good camera, and good people” for what makes the perfect picture. And thanks to the knowledge he’s gained through the Introduction to Business and Marketing courses, Justin said there’s an added bonus to photographing people. “When I photograph people, they share that picture with other people—they’re doing the marketing for me. And then the people they showed the picture to come to me to get their photo taken,” he explained.

College-level Business classes are just one of the many doors the CICE program has opened for Justin. “I looked into the CICE program and thought it would be a good opportunity for me to go to college and get a job after,” said Justin, who has a learning disability.

“I like that there’s help, it makes it easier on you. And I get to take other courses, like Intro to Business and I took Marketing. Those classes helped a lot and showed me how to market and run my own business,” said Justin, who has his own photography business called Patterson Photography.

Justin confided that right now he is torn between photography and computers. Justin is doing his CICE Co-op placement at reBOOT Peterborough, where he fixes computers, installs software, tests monitors, and other tasks. But he said the two interests are compatible. “I knew computers before my placement because I’m always editing photos on my computer, but I gained a lot of computer skills there—I can build them and take them apart,” said Justin. “Maybe I’ll work on computers as a day job and do photography as a side business?”

Justin said he would recommend the CICE program to others. “It’s a good opportunity for people with disabilities to have a college experience and it’s a good opportunity to get a job after this program,” he said. Among the skills he’s gained, Justin lists business, photography, and social skills. But mainly, he has gained confidence in himself. “When I took my first Marketing course, I asked my Integration Facilitator Lisa to sit on the other side of the room. I didn’t want the other Marketing students to know I had a learning disability,” he said. “Now, I can share that with other people.” 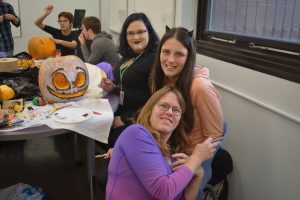 The St. Joseph’s at Fleming residents judged the pumpkins yesterday afternoon and handed out ribbons to the students for their hard work. Thank you to everyone involved in this great community initiative!

About: The CICE program is designed to strengthen essential skills for work, life and learning. This two-year certificate program is open to adults with Learning Exceptionalities (Communication, Intellectual, Physical and/or Multiple).

The DSW diploma program is designed to provide the specialized skills required for professionals who make a difference every day in the developmental services sector. This program has a specific focus related to supporting people with various intellectual disabilities, such as Down Syndrome, Fetal Alcohol Spectrum Disorder, Autism, and neurocognitive disorders.