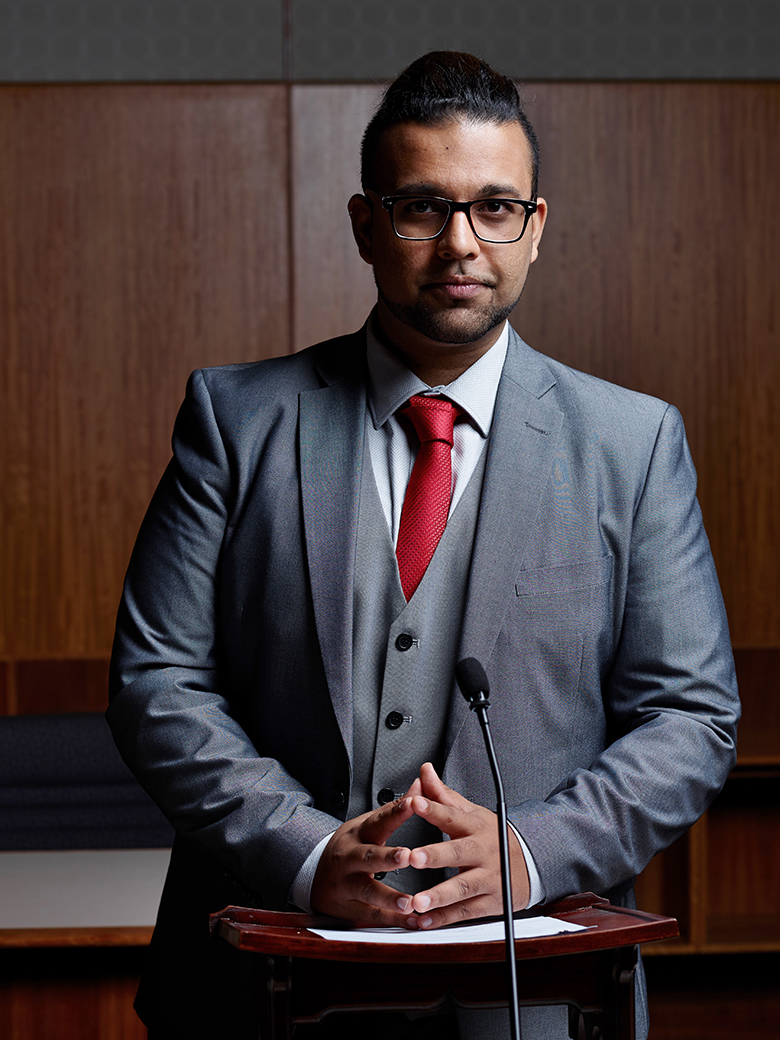 Adrian received his diploma in Paralegal Studies from Fleming College in 2013. Since then, his career path has taken him across the world to Australia where he is a Criminal Prosecutor for the Queensland Government. His path to this position was winding. After graduating from Fleming College, Adrian was awarded a College Transfer Scholarship to Royal Roads University in British Columbia. Here, he finished his Bachelor of Arts in Justice Studies. He then went on to attain his Juris Doctor from Bond University in Queensland, Australia. In October 2017, all of the hard work had paid off, and Adrian was admitted as a lawyer with the Supreme Court of Queensland.

"The Paralegal studies program was two years in duration, much like anywhere else, however upon visiting the Sutherland campus, I was impressed with the infrastructure and the demeanor of the representatives. I had the pleasure of meeting some of the faculty and was impressed with the amount of experience and knowledge they brought to the course. The accommodation, on and off campus, was top notch and I believed this would be the place where I could pursue my dreams."

And in fact, it was a place to pursue these dreams. Adrian speaks highly of his two years at Fleming saying, “Fleming was an all-round experience to say the least. I lived through some of my most important formative years here, both personally and professionally, and this is an experience that I do not regret one bit. I made some of my closest friends here (shout-out to “The Severn Court Fam”) as well as met some important and influential people in my career, who eventually ended up being my colleagues. The classes were small and interactive, an environment which fostered learning.”

Working as a Criminal Prosecutor has been a rewarding and unique career for Adrian. Recently, Adrian has also been the nominated Prosecutor for the Specialized High Risk Youth Court, a pilot project under the Queensland Government Community Response Initiative. He’s dealt was some very unique and complex legal issues in the past few years in this role, but he understands the importance of maintaining professionalism and fairness, while serving as a voice for the community.

“While it is always a joyous moment when a “win” is scored, I would say any day when I have assisted the community; as well as victims of crime feel a little bit safer, is a successful day and are some of my favorite moments.”

His advice for current students is simple: “Epicness doesn’t come knocking on your door, you gotta go get it! Each one of you has a brilliant and noble career path in front of you, and don’t forget the importance of ethical conduct and professionalism”.

Learn more about the Paralegal program.