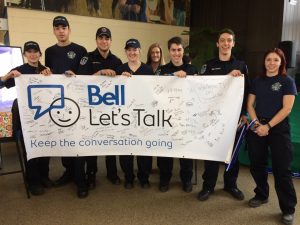 Fleming College students and staff were encouraged to talk, text and tweet in 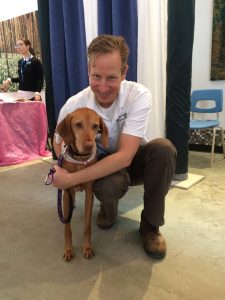 “One in five Canadians will experience a mental health issue in their lifetime,” said faculty member Angela Pind, one of the event organizers. “To not talk about it pushes it underground.”

Talking about mental health is one of the five ways you can help, according to Dr. Heather Stuart, the Bell Canada Mental Health and Anti-stigma Research Chair at Queen’s University. The Bell Let’s Talk website recommends breaking the silence, writing, “Stories of people who have experienced mental health issues and who are doing well can really challenge stereotypes. Most people with mental health issues can and do recover, just by talking about it.” 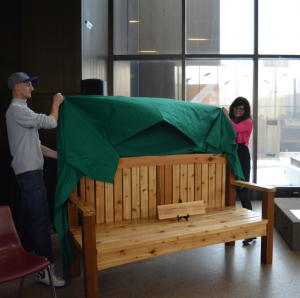 To support dialogue around mental health, Fleming College unveiled two benches – one for Sutherland Campus, one for Frost Campus – for people to gather together or enjoy alone time reflecting. The benches were built by Carpentry Apprentice students Brad Morey and Mike Payne, with materials donated by Chemong Home Hardware. Dean Sandra Dupret, who helped unveil the benches, said the project was “enthusiastically embraced” by Carpentry program coordinator Scott Fleming. 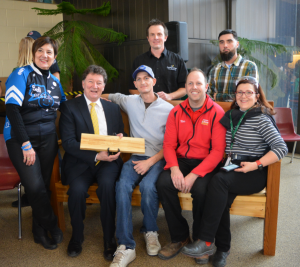 “CMHA KPR has deep roots at Fleming. Many First Responders are Fleming grads, I’m a Fleming grad,” said Kerri Davies (RNA Class of ’92), Manager of Development at CMHA KPR. “You students will support people during difficult times. When we’re running out of the house, you’re running in.”

The First Responders Cup is an eight-hour challenge involving eight teams of six people each. The teams will rotate through eight fitness circuits – one per hour – throughout the day. The team with the fastest cumulative time over all eight circuits will win the cup. Faculty member Jodi van Engen (GHS Class of ’08) , along with students in the Police Foundations and Pre-Service Firefighter programs, are organizing the event. The cost is $300 per team with all funds going to CMHA HKPR. Click here for more information or to register.